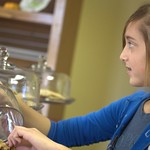 Here’s one study that’s bound to raise the eyebrows—perhaps even the blood pressure—of parents who do their best to raise their children to become law-abiding citizens.

Julia Lawrence of EducationNews reports of a working paper published by the National Bureau of Economic Research that says youths who are given to breaking rules are more likely to succeed at business than their equally intelligent and rule-abiding peers.

The paper, authored by economists Yona Rubinstein and Ross Levine, makes use of data from the March Supplements of the U.S. Census Bureau‘s Current Population Survey and the National Longitudinal Survey of Youth in order to look at the traits of people with incorporated businesses and make a comparison with those of people who just got regular jobs and the self-employed with no incorporated businesses. The results, needless to say, were interesting.

Unique combination of breaking rules and being smart

The economists concluded that self-employed individuals who run successful incorporated businesses were three times more likely to engage in minor criminal or illicit deeds during their youth than people who have a job and are earning a salary. According to Mr. Levine, what helped them become good at being entrepreneurs is a unique combination of breaking rules and being smart.

Personally, I believe there is some truth to this. In this world, it can be hard for entrepreneurs to get some measure of success without making compromises—or even bending or breaking some rules—along the way. If young rulebreakers make better entrepreneurs, then it wouldn’t be too much of a stretch to say that minor criminal activity among the youth can be considered as practice for the real world of business when they grow up. However, it would still be wrong to just sit idly by if and when our children get caught for rulebreaking, or worse, minor criminal acts. As parents, it is our responsibility to set them straight, regardless of what studies say.

The Importance of Good Friendships for Young Children