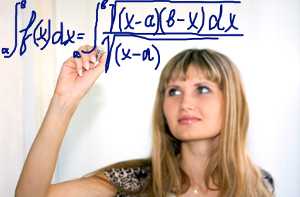 Discrimination against women is still very much prevalent in the field of science, technology, engineering and math (STEM), particularly in hiring for jobs in the field. Science Daily reports that a study published in the Proceedings of the National Academy of Sciences reveals that male candidates for a math-related position are twice as likely to be hired over female applicants, even though both are equally qualified for the post, or even when the female is better qualified than the male.

According to Professor Ernesto Reuben, assistant professor of management at Columbia Business School and author of the study called “How Stereotypes Impair Women’s Careers in Science,” their experiments show that there is an very high level of gender bias among hiring managers today, who tend to hire male applicants when they are not given any information beyond a candidate’s appearance, which means they only knew that a candidate is either male or female. They then give in to stereotypes that say males are better at math and science than females, and grant the position to the male candidates.

This is unfortunate news, especially among us parents who encourage our daughters to excel in science and mathematics. Then again, our daughters are still young, and we could only hope that this type of gender bias would be gone or at least diminished when it’s their turn to apply for math-related jobs.

The Pros and Cons of Hiring A Math Tutor