Why Childhood Is Crucial To How Your Child Will Age 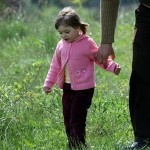 Much has been said about a warm and stable childhood and its role for being what we are now, and what we’ll become when we grow old. In an article for Forbes, George Vaillant affirms some of what we believe in that regard, but with some surprising revelations.

Importance of a warm and stable childhood

Quoting results of the Harvard Grant Study, Vaillant says researchers discovered that wealth and status—which are often correlated with aging successfully—are determined by a warm and stable childhood.

A warm and stable childhood also correlated highly with getting a high military rank during the Second World War, an achievement which is typically associated with intelligence, athletic success and social class.

The Harvard Grant study is the longest longitudinal study of human development ever undertaken, having began in 1938. It has more than 200 Harvard University students and more than 400 disadvantaged inner-city youths as subjects. The separate and independent assessments made by raters of both groups were then used to answer the following questions:

Childhood Is Crucial To How Your Child Will Age

A more surprising discovery of the study, however, is the one about alcoholism, which we often associate with an unhappy childhood. If the data from the disadvantaged inner-city youths are to be believed, heredity plays a much larger role in the development of alcoholism in later life than environment. Many alcoholics tend to have an alcoholic parent, and an alcoholic parent is often responsible for the miserable childhoods of his or her children.

Raising children in a warm and loving environment

It is indeed important that we raise our children in a household full of warmth and love, and this study confirms all that. Personally, I don’t think it even has to be about our children being wealthy and successful when they grow older, although that would be great too. All I want is for my children to grow up to be happy adults, regardless of their social status. If raising children in a warm and loving environment would help them succeed in life and avoid being hooked on certain substances, then all of us should raise them with all the love and understanding we could muster. All towards better recognition as to why childhood is crucial to how your child will age.

Why Rushing Your Kids Through Childhood Is A Bad Idea

How To Raise a Happy Child – 7 Essential Tips