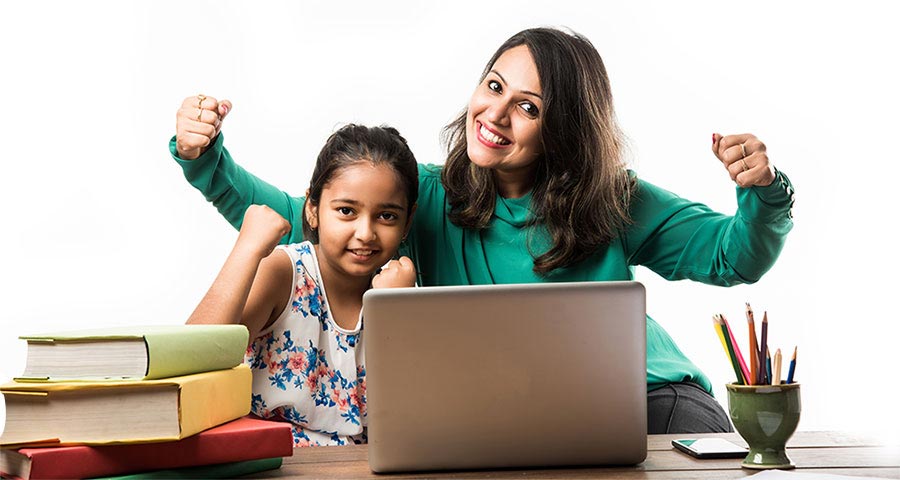 Does your child balk at the sight of multiplication tables?

Are they tired of worksheets and you of checking them?

Let MathRider come to the rescue! It’s the friendliest and smartest times tables game your child can play to master multiplication. 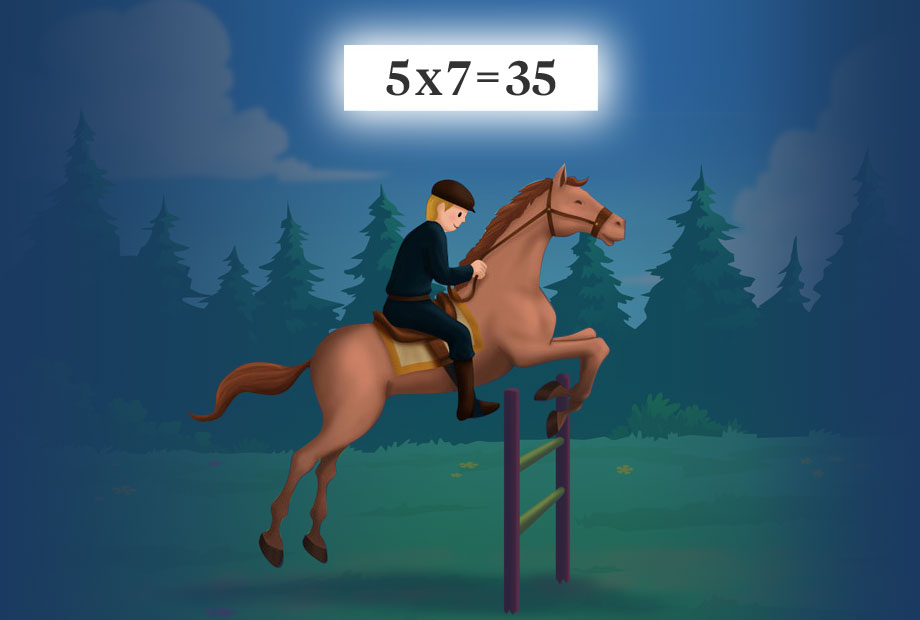 A Multiplication Game and more

You can choose which of these four arithmetic operations to focus on. Because addition and subtraction need to be thoroughly mastered, they are included. Choose multiplication, and you have a times tables math game.

Your child plays the young adventurer who rides his horse on quests that take him through the forbidden Mathlands. How fast the horse can move and leap over obstacles in its path depends on how quickly your child answers multiplication questions that pop up onscreen.

And as each new mission takes the rider deeper into magical territory, your child will begin to master more and more difficult multiplication questions.

But don’t worry, your child won’t feel bored or intimidated. Because MathRider is the game designed to continuously adjust to your child’s skill level and thereby make times tables practice fun and exciting! 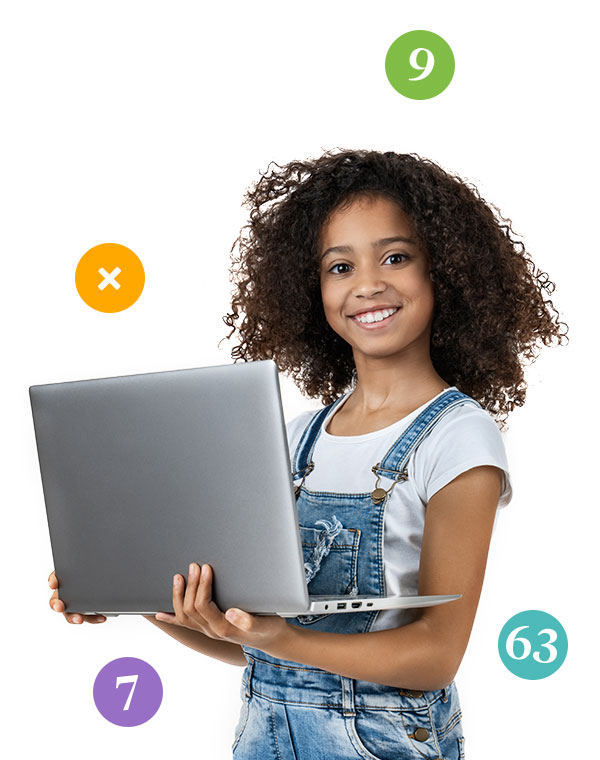 How exactly does MathRider get your child to memorize times tables so well?

MathRider doesn’t do it by asking your child to review and memorize multiplication tables. Instead, it presents multiplication as part of an engaging, story-based video game.

Your child can have fun getting the horse to jump over obstacles and make it go faster and faster while answering simple multiplication equations. The more often the game is played, the more times tables practice your child receives.

And when practice is as fun as MathRider, it’s so much easier to persevere.

Multiplication is then no longer a boring or scary task for your child. It’s now an engaging, non-violent, and age-appropriate video game.

By playing MathRider, your child will learn to:

In short, MathRider is a great way to learn multiplication tables. So as your child advances in school, there’s no need for you to find a separate math tutoring tool or worksheets that have to be manually checked all the time.

With MathRider you can see at a glance where your child is at.

Why MathRider works so well as a times tables practice game

How exactly does MathRider get to embed the multiplication tables into your child’s mind? How does the game’s method work?

1. It’s based on the science of memory and understanding.

A good story, a game, a self-testing review – all of these are tools that researchers have found to be useful teaching aids. With them, students learn and retain new information more efficiently.

MathRider combines all the characteristics of these tools into one game. These help your child remember multiplication tables easily and quickly. He or she will be entertained even while learning. This is so much better than resorting to traditional rote memorization tools!

And MathRider comes with an amusing storyline, cute graphics, and hummable music. All that fun helps your child stay focused and interested!

MathRider uses music and animated collectibles as rewards for a job well done.

Each time your child completes a quest and goes up a level, the horse rider’s home gets decorated. Signs of his or her success (e.g., flowers, gemstones, flags, and even a castle) appear. Your child also unlocks access to extra music from the MathRider soundtrack that he or she can listen to at any time, without having to play a quest.

In school, children are supposed to earn good marks if they master basic math facts; they get bad marks if they don’t. That’s not much help to a child who has math anxiety. Most kids want to be relaxed or playful while they’re learning. Hurrying them up might only make them more anxious and, thus, make it less likely they’ll learn anything new.

MathRider helps your child avoids that anxiety. It automatically adjusts the speed and the progression of difficulty in the game, all in real-time, based on how quickly and accurately your child answers a multiplication question.

It won’t keep things too easy or too hard, either. Your child won’t be too bored or overwhelmed.

4. There’s no competition, no pressure to memorize times tables.

In MathRider, there’s no other player for your child to compete with. Your child won’t even have to race against a timer. He or she can complete the young horse rider’s mission at any pace.

Of course, if your child fails to give the right answer to a multiplication question, the horse Shadow will stop and be unable to clear an obstacle.

However, that doesn’t mean that your child loses in the game. There are no “losers” in MathRider!

Instead, each time your child gives the wrong answer, the game gently reminds your child (in a child’s voice) what the right answer is. And the horse simply goes on to the next hurdle. The game just continues giving your child repeated rounds of horse riding and multiplication questions until he or she gets enough right answers for the horse and its rider to reach the mission’s destination.

MathRider is written in such a way that as long as your child perseveres, they will complete their quest and receive a reward. The reward is adjusted according to overall mastery of the operation, but rewards are always given. So if your child completes a quest with lower mastery than needed, the game will allow him or her to continue the story and keep playing (with no limits to replay) until he or she achieves sufficient mastery to proceed to the next level.

MathRider is programmed to note which equations your child often gets wrong. Then it will try that equation a few extra times more (than other equations) in the next run until it senses your child has learned it. Then it goes back to randomizing them with equal probability. As the horse rider progresses through a quest and the equations get harder and harder, MathRider will randomly throw in a simpler equation from the lower levels. That’s just to keep your child on his or her toes! 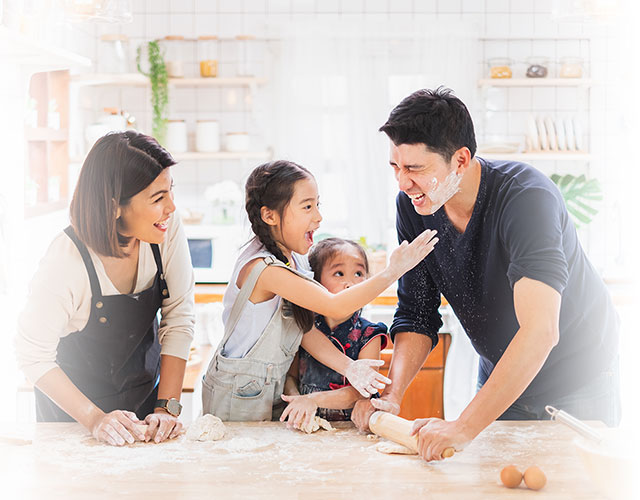 As a busy parent or caregiver, using MathRider as your child’s practice tool for mastering multiplication tables provides you with the following benefits:

See what other players have to say!

Don’t take our word for it; let other MathRiders tell you how good the game is at teaching multiplication!

It’s terrific what the MathRider team has created. At last, the mundane practicing of times tables, addition, and subtraction has become fun for kids. I wish we had this software at our school… so that the children could improve their performance in mathematics in such a child-friendly and entertaining fashion.

No longer scared of math

I have to tell you that my 9-year old [had] so improved after just the 7-day trial. Also, he is no longer scared of math and is willing to try new or harder stuff. Whereas, before Math Rider, if I would bring up math he would mentally shut down!

MathRider is the kind of game, that would effectively practice children in speedy computation skills across addition, subtraction, multiplication, and division… I particularly liked the way in which the game targeted areas of weakness and rehearsed the player in the least mastered computation. I think it would assist many children in remediating areas of deficiency. Well done!

Find out for yourself

If your child loves horse riding and could use some math practice, then MathRider is a win-win.

Still not sure? MathRider is free for you to try.

Even if you just take the trial and never purchase the game; after seven days of use, you’ll be able to see your child’s exact level of competency – and improvement.

So start your free trial today. Simply enter your details below and we’ll send you your download and 7-day registration key to try MathRider for free: