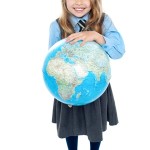 As parents, we are all wired with an overwhelming instinct to protect our children at all cost. This is a good thing, actually. What kind of parent would you be if you have no desire to protect your kids whatsoever?

This intensely protective instinct is essential for survival, but we have to admit that we sometimes go overboard when it comes to protecting our children from the dangers of the world. Sure, the world can indeed be a dangerous place, but maybe we shouldn’t tell our children that everything about the world is dangerous, that all people are basically corrupt and are out to get them, all under the premise that we’re protecting our children.

While it’s alright to warn our children about certain dangers of the world, we also should tell them that there are more good people than bad, that the world is basically a good place. Exclusively telling them nothing but the former is to breed fear, insecurity, and an “us-against-them” mentality. In our effort to protect our children this way, we instead isolate them from the world, which is going to cause a lot of problems when our children grow up.

The problem with mistrust of people

I remember a time when I got lost in a shopping center when I was six. It wasn’t my parents’ fault, because I purposely gave them the slip, like I was playing hide-and-seek with them. As I walked amongst a sea of people, I eventually realized that I was all alone, that no one in the crowd actually knew me. Upon realizing this, I started to sob out of fear. After all, my parents had repeatedly warned me about bad people who were out to do me harm. So whenever some stranger approached me to ask if I was OK, I immediately ran towards the opposite direction.

With my mistrust of people, I was lost for a number of hours. Finally, tired of running around and crying, I sat on one of the benches, where some middle-aged guy was sitting too. Noticing that I was too young to be alone, the man asked where my parents were. Too exhausted to be evasive, I told him that I got separated from my parents. Without hesitation, the man told me to get up and he’ll help me find my parents.

Truth be told, alarm bells were ringing, but being too tired and scared, I went with the guy. He led me to a customer service booth, where a woman asked for my name, which she, in turn, announced repeatedly over the shopping center’s public address system. Ten minutes later, I found myself being smothered with very tight and relieved hugs from my parents, who were also profusely thanking the man for coming to my rescue.

Maybe it was just luck, that the man who helped me find my parents wasn’t some predator. However, that incident taught me that for all the things about bad people that my parents often told me about, people are essentially good, and will help other people whenever they can. In fact, if you add my experience with the experiences of other people who have found themselves at the receiving end of random acts of kindness from strangers, we can safely say that the vast majority of people are essentially good, that people are mostly kind and generous.

When protecting our children, we should teach them to be cautious of danger, but at the same time be open to the idea that every person has the potential for goodness, beauty, and grace in every moment.

Get Your Kids to Do Household Chores