Excellence Shouldn’t Be The Only Goal of Education 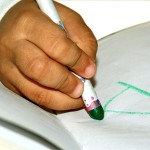 For as long as I could remember, the word ‘excellence’ has always been associated with education. If you’re in school, you must do your best to excel. It’s the way many people of my generation have been raised, and it’s still the way many parents raise their kids today. That shouldn’t really be the case, according to an article written by Gina Barreca, Ph.D for Psychology Today.

The concept of excellence overshadows creativity and other things

According to Dr. Barreca, the concept of excellence now overshadows ideas about competence, self-esteem, creativity, and problem solving. And since excellence is often attained when you do something that you’re really good at, it can also mean you’re missing out on opportunities to do something different or something challenging, something out of your comfort zone.

Although Dr. Barreca believes we should support our kids in endeavours that they do best, we parents should also encourage children to do something different altogether, even if they don’t really excel at it. Understandably, being raised in an environment where the drive to excel has been ingrained deeply in their consciousness, your children might be a little weary about doing some exploration of unfamiliar territory. It is then your job to tell them that they should cut themselves a little slack and engage in a little playfulness, even if they don’t do the ‘elite performance’ that they expect of themselves.

Excellence is not everything

What Dr. Barreca is saying makes a lot of sense. It’s great to excel, but it really shouldn’t be the end-all and be-all of education. When I was a kid, I’ve always felt pressured to excel in school, what with all the competition from classmates and all those signs and posters in campus that bandy about the word like it’s some kind of magic word. I just consider myself fortunate for having parents who encouraged me to join the glee club, even though I’m not an excellent singer. I learned a lot in glee club, and I totally enjoyed my time there even though I wasn’t its star singer. As Dr. Barreca’s parting shot goes, “Helping children and young people learn new things and getting a kick out of the process: isn’t that why we’re here?”.