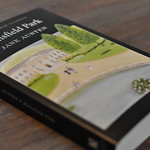 Jane Austen is widely considered to have written some of the greatest English novels of all time. However, it’s one of her lesser-known works that is playing a key role in proving to one and all that literary reading indeed provides people’s brains a good workout. An innovative interdisciplinary study at Stanford University had participants read Austen’s Mansfield Park in two differing manners, all while inside an MRI machine. Its preliminary findings on the impact of reading on the brain, needless to say, are quite interesting.

The participants in the study on the impact of reading on the brain all happen to be candidates for a Ph.D in literature. Initially, they were asked to read a passage from Mansfield Park casually, like they were just reading for fun or skimming a passage in a bookstore. Then the researchers had the subjects switch from reading casually to reading critically, as if they’re studying for an exam or writing a paper about it. Interestingly enough, after coming out of the MRI scanner, the participants were actually asked to write a short literary essay on the passage they were asked to read more critically. To make this reading casually to reading critically experiment possible, the research team projected the color-coded text onto a mirror inside of the MRI machine. Apart from the color coding, the researchers give the subjects a verbal cue to switch from reading casually to reading critically.

According to Natalie Phillips, the English professor in charge of the project, there was a universal increase in blood flow to areas of the brain beyond those that perform “executive function” when the subjects shifted from reading casually to reading critically. These regions are the ones which are  normally associated with paying close attention to any given task such as reading.  This, according to Phillips, suggests that multiple complex cognitive functions need to coordinate in order to pay closer attention to literary texts. While there was also an increase in blood flow during the part where subjects had to read casually, the added activity took place in different areas of the brain. This led Phillips and her team to hypothesize that each style of reading may create distinct patterns in the brain.

As mentioned earlier, the findings of this study are just preliminary, but they do provide neurobiological evidence of how valuable literature really is. These findings totally underscore the need for more studies on reading.  With the conduct of more studies on reading, we will eventually have a better understanding of the impact of reading on the brain.

What we parents can take from this study on the impact of reading on the brain is that we should always encourage our kids to read good works of literature. With the clearly beneficial impact of reading on the brain, it’s never too early to get your kids  interested in reading. Just consider it an investment in intellectually healthy habits, which will benefit your children in the long run. It would be kind of silly to get them started on Mansfield Park though. It is, after all, one the most complex of Austen’s novels. There are children’s novels that would probably be more their speed. However, if your children can handle it, then have them read literary works of Mansfield Park’s level by all means.