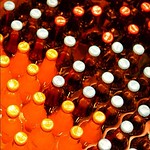 A new study has added another reason to a laundry list of reasons why parents must discourage kids from drinking soda. According to a Reuters Health report reposted on the Huffington Post, the study ties drinking soda to aggressive behavior in children.

Scales that measure aggressive behavior in children were used in the study, and its subjects who drink carbonated beverages registered scores that were a little higher than those of subjects who didn’t. However, Shakira Suglia, of Columbia University’s Mailman School of Public Health in New York and leader of the team that conducted the research, admits that they cannot definitively prove that it was carbonated beverages that triggered aggressive behavior in children who were participants in the study.

Still, the study reveals that subjects who drank four or more servings of carbonated beverages daily were twice as likely to engage in fights, attack other children physically and mess with other people’s belongings.