Study: It Takes More Than Practice to Gain Expertise 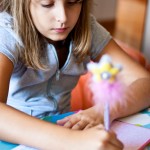 Most of us have been brought up believing that practice makes perfect, but that may not really be a hundred per cent accurate, if a new Princeton University study is to be believed. According to a report in the Association For Psychological Science website, deliberate practice may not be as influential in becoming an expert as we generally believe.

The study, which was published in the APS journal Psychological Science, was spearheaded by Psychological scientist Brooke Macnamara, who maintains that deliberate practice, while unquestionably important, is not really as important towards building expertise as many have claimed.

In the study, Dr. Macnamara and her co-authors conducted a meta-analysis of 88 studies on deliberate practice and discovered that while there may be a positive correlation between practice and expertise, practice accounted for only a 12 per cent difference in performance in various skill areas such as music, games, sports, education, and professions.

Importance of practice depends on domain

Moreover, the importance of practice actually depends heavily on a given domain. In games, for instance, practice made for a 26 per cent difference. A 21 per cent difference, on the other hand, was recorded for the music domain. Sports was slightly lower at 18 per cent. A much smaller difference was established for education, and professions came in last at just 1 per cent.

So practice doesn’t really make perfect. The question then is, if it is not the amount of practice, what makes the difference? I’d wager the answer lies in the balance of talent and internal motivation. Are we being pushed towards the goal or is it the person’s own drive. Think about it when getting your kids to practice math next time. Maybe they shouldn’t have to practice until they are a “math genius”, but just enough to master it.

8 Simple But Effective Ways for Children to Practice Math Everyday

How to encourage your child to practice math