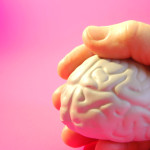 The human mind is incredibly complex. It could probably take eons, if not forever, before the human race would be able to comprehend every single aspect of how the human mind works. Over the years, however, those experts in the field of psychology have conducted studies and made discoveries that have helped mankind inch closer to that goal.

The thing is, many of these findings are quite unexpected, even weird. An article over at PsyBlog lists down ten of these surprising findings, which the writer deems as challenging our intuitive view of how the mind works. Read on to see what those findings are. 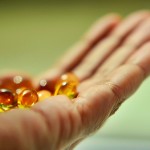 This is likely the one we’re most familiar with. It’s probably safe to say that we’ve all managed to get rid of a headache within a few seconds of popping an aspirin or two into our mouths. Never mind that it takes minutes for the drug to actually work. That is the placebo effect at its best.

Even in our children, who tend to respond more quickly to any medicine than adults, the placebo effect is evident. The mind and body are, after all, not two separate things, a fact that most of us tend to easily forget.  There are people who remain skeptical about the  placebo effect though.

2. It’s the little things that make us happy 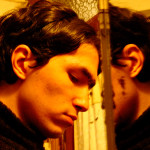 Cognitive dissonance is the uncomfortable feeling we get when we hold two beliefs that are in conflict with each other. So what we do is make adjustments with one—albeit unconsciously—to make them mesh somehow. I agree with the author’s opinion that this concept is unsettling because if this is an absolute truth, then none of us would really know what’s going on inside our heads. We couldn’t trust our own opinions because of the unconscious way we make these rationalizations, which we probably do all the time.

The human mind may have limitations, but studies have revealed that we are all capable of doing incredible stuff, multitasking included. This one brings to mind an old college professor who was capable of writing on the board with her right hand, writing on her lesson plan with the left, and engaging in a lively discussion with the class all at the same time. Take a closer look at your children, and you’ll probably see them do two or more different things at the same time with ease.

5. The commonness of hallucinations 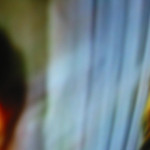 We used to think that only those with mental problems or those who drop acid experience hallucinations, but they are actually more common among “normal” people than we think. As the article points out, a third of us claimed to have hallucinated something. Maybe this is why many children have these “imaginary friends”. So if you do have kids with such friends, perhaps you should not conclude straight away that there’s something wrong with them.

6. The ineffectiveness of brainstorming

The study that says people are lazy in groups confirms my suspicions, if previous brainstorming experiences are any indication. More often than not, all we ever did was swap stories and tell jokes. We barely got anything done during such sessions. We’re all better off if we come up with ideas on our own.

This one is a bit odd to me, because I’ve always thought that visualizing goals in life will give me the motivation to work towards them. It turns out that our drive to achieve those goals is lessened once we have a vision of what they would look like, according to psychologists. There goes my fantasy of piloting my own private jet.

Many among us tend to suppress unpleasant thoughts or worries, but psychological research reveals that we’re not doing ourselves any favors by doing that. Suppress any thoughts, and they’ll just come back magnified, which would definitely be a problem. That is just how the mind works. Instead of suppressing thoughts, distracting ourselves with other thoughts or activities is supposedly a better option.

We think we know why we decide on anything, but there are studies that show we have little or no awareness of choices that we make in our lives. We think we know what we want, but all it really is is a series of rationalizations why we made those choices. Now that is one heady finding that basically says we don’t really have a choice. We could only wish we know more about how the mind works. 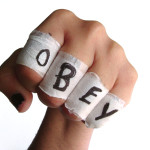 Personally, the really unsettling—even shocking—discovery mentioned in the blog post is the one where many of us are actually capable of hurting other people when ordered to do so by someone in authority. Mention is made of a study conducted by social psychologist Stanley Milgram, where 63% of participants continued giving electric shocks to other human beings despite horrible screams of agony because of their obedience to authority, which, in their case, were men in white lab coats.

The electric shocks and the screams, of course, were faked, and the ones that did all the screaming were actors following a script. Still, the fact that the participants in the study were not really psychopaths but everyday people picked at random makes the Milgram study’s results all the more disturbing.

Come to think of it, blind obedience to authority is one of the reasons why there are people who commit atrocities in times of war.  When put on trial, many war criminals have claimed they did unspeakable acts because they were only following orders, and this study on obedience to authority appears to support that explanation. This is crucial to be aware of for all of us, so that we can hopefully be better able to listen to our own conscience when given confronting instructions.

We are light years away from fully understanding how our minds work.  But I wonder if that is not part of the magic of being alive. And it is definitely part of the amazing journey of bringing up children. Here’s to increased awareness and enjoying the ride!

The best advice for being in a positive frame of mind