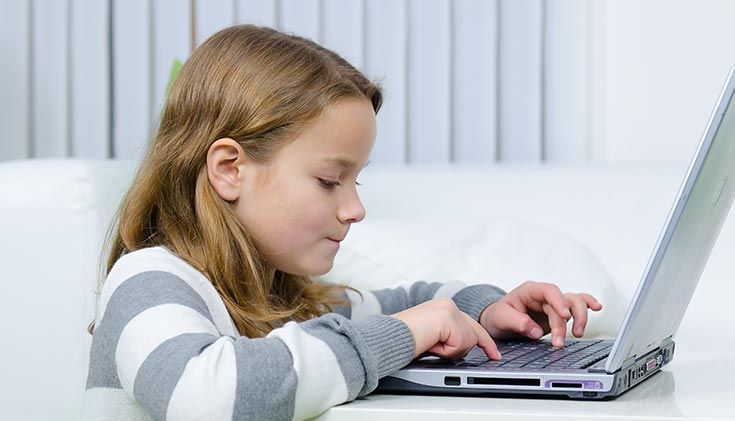 With these social media sites, children and teens are given the opportunity to be creative and to stay connected with their friends, but with this gift, they have also become exposed to the dangers that accompany the use of these websites.

The social media landscape changes more quickly than you can change your shirt. In this article, I will go over the basic definition of social media, the functions of popular social media sites being patronized by children and teens alike, and most importantly, the risks that come with these sites.

What is social media?

Social media refers to online tools that connect people with common interests on the Internet. Contrary to traditional media like TV and newspapers, social media allows you to interact with various users. Popular social media or social networking sites include Facebook, Twitter, YouTube, and Instagram.

So what social media platforms are teens currently using?

What do children and teens do on social media?

Social media is primarily used as a means of communication between peers, which accounts for the shift from Facebook to other platforms. With parents and the older generation invading Facebook, children and teenagers are looking for different social media platforms that will allow them to escape their parents’ supervision and openly communicate.

However, not all social media sites have the same functions:

The adverse effect of social media on youth: Depression 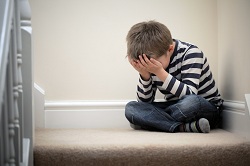 Social media sites are avenues for the youth to openly communicate with one another and social media is such a powerful tool that one post can get the attention of the entire world in less than a day.

Facebook alone is a very powerful avenue for communication, with more than a billion users chatting, sharing photos and videos, and keeping their friends and network up-to-date with their lives on a regular basis. However, there’s a dark side to extensive use of Facebook and other social media sites: DEPRESSION. Depression is also associated with other unhealthy behaviors like anxiety and a wide range of psychiatric disorders.

Analysis of 15 studies found that prolonged media exposure – including television, movies, video games, and the internet – was associated with isolation and violence. It was reported that children who watched violent shows were not more likely to be aggressive, but revealed to have fewer friends and to be more secluded socially. Researchers also concluded that children who are aggressive will have fewer friends and are more likely to be bullies due to their aggressive nature or they become victims because of their isolated nature.

One study of adolescent girls found that the more they use texting and instant messaging to discuss their problems, the more depressive symptoms they are more likely to present. Researchers argued that the ease and frequency of use of technology affords children and teens to communicate allows them to “co-ruminate” or dwell on their problems without thinking of any solutions. 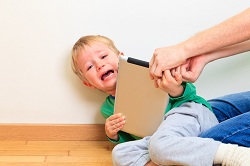 The ugly effect of social media on students: Internet Addiction

Internet addiction is characterized as excessive use of the Internet that already interferes with daily functioning and leads to distress or harm. One review of research shows that from the past decade, adolescents who demonstrated Internet addiction scored higher for obsessive-compulsive disorder, depression, Generalized and Social Anxiety Disorder, ADHD, introversion, and other maladaptive behaviours. This research also showed an interesting pattern of parental involvement. Youths who were judged with Internet addiction rated their parents as lacking in love and nurturance, unresponsive, being over-invested, angry, and severe disciplinarians.

Dependence on technology is still an open debate in the mental health field, and the American Psychiatric Association (producers of the DSM or Diagnostic and Statistical Manual for Mental Disorders) decided not to include Internet addiction in their latest revision. Some experts in the field believe that unhealthy dependence on technology may be an underlying symptom of a more fundamental pathology – like depression or anxiety. These internet addicts use technology to self-medicate and relieve their symptoms. Unlike alcohol and drugs, Internet use doesn’t have any direct physical or physiological harm.

While there’s uncertainty in the psychological community, students who participated in the survey made it clear that Internet addiction is real. Not only did the students miss out on the functions that the technology offered, like texting or surfing the web, but they actually craved the devices themselves. One English student said “Media is my drug; without it I was lost. I am an addict. How could I survive 24 hours without it?” Added an American student, “After experiencing this dreadful 24-hours, I realized that our obsession with media is almost scary. I could not even begin to imagine the world if it was media-free.”

What is it with Internet that it can actually drive people to manifest unhealthy behavior often associated with addiction? One study examined the different types of gratification that people gain from the Internet and found that there are four specific forms of gratifications that predict the tendency towards Internet addiction: virtual community (the feeling of being connected to a group), monetary compensation (earning money through various activities performed online), diversion  (distraction from everyday life), and personal status (feeling of individual standing gained from Internet use). These types of gratification are normal for children, but there’s something about the Internet that transforms them into Internet addicts.

This so-called addiction goes deeper than just psychological dependence. There is emerging evidence that shows our interaction with technology produces the same neurochemical reaction induced by consuming drugs and alcohol. A burst of dopamine is induced when we interact with technology and persistent exposure to technology-related cues, like vibration from a phone or the ping of an incoming Facebook message, can cause children and adults alike to get caught in a vicious cycle of dopamine stimulation.

Moreover, the brevity of technology lends itself to this vicious cycle because the information received is not that satisfying so people are driven to seek out more information for their next shot of dopamine.

Can you imagine your children growing up with this relationship with technology, and the strength of its grip on them if they are ungoverned and unguided with their use?

The good effect of social media on youth: Real-life empathy

I did not paint a very nice picture about the influence of technology on your children with the last two paragraphs, but it’s not all that bad. There are studies that show that more time spent with social media is related to increased “virtual empathy” or empathy increased through technology, and “real-world empathy”. Both are considered to be related, but separate factors. The best predictor of virtual empathy was time spent on Facebook and the use of instant messaging. Both forms of empathy reflect more social support and is always a good thing for children.

Social media also helps children and teenagers overcome shyness and social anxiety. Introverted children gain comfort and confidence in social interaction in several ways and shy children can use social media to overcome a difficult challenge – the challenge of initiating new relationships in a low-risk environment. They can avoid the awkwardness associated with making friends but it allows them to be familiar with others and build friendships online.

What Can I Do to Keep My Child Safe on Social Media?

Is there a way for parents to keep their child safe on social media?

There are several ways for you to do just that.

Social media is a very great outlet for your child to socialize, connect, and express his or her thoughts, but with the digital landscape ever evolving with each passing day, it helps to be knowledgeable about the different sites that our children frequent so we will know how to protect them better.

The Millennials Are Top Internet Users

Is Your Irritable Child Really Bipolar?