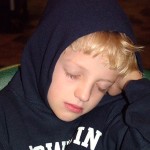 Now here’s something I wish was pursued by our parents during our time in school. A report by Misty Bailey for Education News says parents in Seattle are now pushing for a later school start time for their kids.

The petition calls for high schools and middle schools to not start classes before 8:30 a.m. With most schools starting classes at 8 in the morning or earlier, parents have been dealing with sleep-deprived children—teenagers mostly—over the years, and it’s about time somebody did something about it.

Teenagers tend to stay up late, which is something parents could not really do much about. You simply couldn’t force a teenager to go to sleep or listen to a bedtime story, could you? And when they do go to sleep, they’ll only have a few hours of it before their alarm clocks sound off and force them to get ready for school.

Honestly, I don’t even need scientists to tell me that sleep is important for our health and for our performance of day-to-day tasks. Bailey mentions something about students in the U.S. Air Force Academy who take later classes doing better than those who show up for first period classes. If I had my way, I would want this petition to be approved straight away.

How To Start Teaching Mindfulness To Your Students