Researchers Say The Word “Bullying” May Be A Problem In Itself 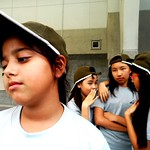 It’s great that most schools and other groups are now actively implementing a policy against bullying in schools. A group of researchers, however, suggested to USA Today that these anti bullying advocates would probably gain more headway in their mission if they not use the word “bullying” anymore. A post by Julia Laurence on EducationNews.org has more to say about the USA Today article.

Eye-rolling is considered bullying in schools

The researchers, led by Dorothy Espelage of the University of Illinois, said the word bullying is now being used for just about everything, from eye-rolling to sexual assault. That, according to Espelage, obscures our ability to concentrate on what’s really happening to our children.

With so many meanings for bullying, the EducationNews article said, delivering lessons to children about bullying in schools that they would take to heart becomes harder. Most of these various verbal and physical actions considered as bullying in schools also happen to be relatively harmless. This fact can create problems for educators who  are trying to come up with a comprehensive policy against bullying in schools.

Some classic definitions of the word also need some rethinking, according to the researchers, particularly that one which says an act must be repetitive in order to be classified as bullying. After all, there have been cases where victims committed suicide because of bullying in schools, although the act was not repetitive, and was therefore not classified as bullying.

“Victimization” instead of “bullying”

Instead of “bullying”, Espelage and her colleagues are suggesting “victimization”. Personally, I believe this will prove to be quite a challenge, partly because there is strong public awareness of and support for anti bullying campaigns and anti bullying advocates. A change in terminology is not likely going to stick, especially among hardcore anti bullying advocates. However, anything that would stop bullying in schools should have the full support of parents like us—whether it’s “bullying” or “victimization”.