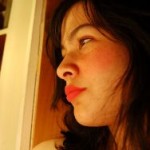 Recognize if your teenager is suffering from depression and suicidal tendencies

Teenage suicides are on the rise, so let us all raise our awareness, in order to recognize the warning signs before it is too late.

Nearly 25% of high school students have had suicide cross their minds, and 8% actually attempted it, according to a semi-annual survey on youth risk behavior published by the Centers for Disease Control and Prevention. So let us find out some of the symptoms before it may be too late.

Overall, suicide among teens has been on the rise since 2009. The rate was highest among females and at ages 14-16 or during the first 2 years of high school.

Signs and Symptoms of Teenage Depression and Suicide

If your teenager or someone you know experiences these signs and symptoms they could be suicidal and need immediate help.  Identify these warning signs before it’s too late:

Of course it depends on the individual teenager, but seeing a combination of the above signs may indicate teenage depression and suicidal tendency.

It is important to keep an open line of communication with your teenager so that they can come and talk to you if they are feeling overwhelmed instead of feeling as if they are threading their life alone.

If the teenagers won’t talk about their problems and seem to enclose themselves in their shell, seek the help of a mental health professional. Psychologists and Psychiatrists are specifically trained to help your teenager open up.

Have you observed seen any these signs from your teenager? Has your teenager opened up with some problems to you?