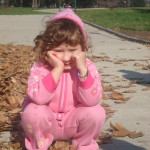 You’d probably think that people who constantly keep themselves in check every single time an impulse kicks in are a grumpy lot, with all the impulse control they do and the self-denial they put themselves through. A study on self-control conducted by researchers at the University of Chicago, however, says just the opposite.

The study, which is featured in an article written Lindsay Abrams on the website The Atlantic, concludes that people with higher self-control are ultimately happier and have better overall life satisfaction compared to those who always act on their impulses. Read on to see what else it has to say.

Ms. Abrams lays out the methodology of the study, which had 414 adult participants. They responded to a set of 14 questions designed to get them to rate their own levels of self-control. The online survey also had the respondents report their current emotional state and overall life satisfaction. The researchers then cross-referenced this with data from another study where 205 adults were given smartphones. The participants in this other study about impulse control were also asked to randomly report all throughout the week how or what they’re feeling. On top of this, they were also prompted for reports about any desires they might have had during the course of the study, and whether or not they tried hard to resist them or acted on them eventually. The results of this survey about self-control, needless to say, were surprising.

According to the data, those who reported having better self-control typically have better overall life satisfaction. It also revealed that people with higher self-control have a higher likelihood of being in higher spirits in the short-term, and in effect, happier with their lives in the long run.

While this study is not by any means the most definitive on the subject of self-control, its results are indeed telling, especially for us parents. Our children tend to be demanding in a lot of respects, and we often have a hard time telling them no.

The study, however, underscores the importance of teaching our kids the idea of self-control and delayed gratification. After all, we all want them to have great overall life satisfaction when they grow up. We all want our children to live happier lives as adults because we taught them good impulse control.  And if the study’s results indeed become a widely-held truth, we’ll know we made the right parenting decision.

How To Motivate Your Kids (And Other People) According To Science