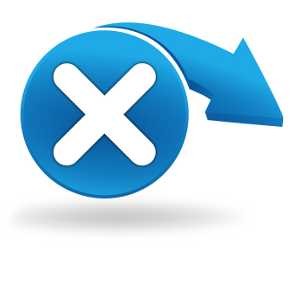 Remember your times tables? Chances are, you memorized them through constant drilling, as it was the technique most commonly employed by the teachers and parents of our generation. And, we did it when we were in primary school. Things have definitely changed these days.

Modeling equal groups or rows of items should be the focus of multiplication games if your child is aged 5-6 years. At this age, it’s important that your child learn to use the word “group” to describe a collection of items, and have the ability to identify these groups.

Kids in this age group love to use foodstuff for activities like these, so we recommend doing so. You can have them make cereal necklaces. Choose any type of cereal that they like and have them thread them onto a piece of string according to a certain color or shape pattern, like 2 groups of green cereal bits with a group of 3 blue cereal bits in between them. Have them roll a dice and whatever comes up, the one who took the turn should imaginarily eat that number of cereal bits from the necklace. The one who gets to “finish” eating the necklace will be declared the winner, and the prize would be actually eating the cereal necklace.

If your child likes to help you bake as many children of their age do, you can use decorating cupcakes for a game. Tell him/her to decorate each cupcake with five smarties. When your child is done, show him/her all the decorated cupcakes and help her recognize the groups of five smarties in each cupcake.

By this age, they would have already learned to count—in rhythmic patterns—by ones, twos, fives and tens, and as well as the fact that equal rows are also known as arrays. With the following multiplication games, you kid will also figure out that even though they look different, 3 groups of 2 produce the same answer as 2 groups of 3.

Egg trays are perfect for practicing the concept of equal rows or arrays. You can actually use the eggs, raisins, candy or even Lego pieces and put them inside the egg trays in coming up with a variety of multiplication problems and answers.

The same goes for ice cube trays. Have your child refill an empty ice cube tray and use this as a chance for him/her to practice skip counting and arrays. Instead of counting by one, tell your child to count by 2.

If you have a number of pets at home, use them too. Ask your child how many total treats he/she has to give if they give each pet, say, three treats.

Multiplication games for your 9 to 10-year-old child

By this time, times tables will have already been introduced to your child, and they are already counting by threes, fours, sixes, sevens, eights or nines, and already understand number sentences for multiplication. This is also the stage where they will be stumbling onto roadblocks, which you can help them breach through certain fun activities.

One rather obvious but really fun means of mastering times tables is through singing or rhymes. Come to think of it, learning a lot of stuff becomes more fun and somehow less daunting when it’s done through songs and rhymes, and learning times tables is no exception. Singing aids memorization after all.

If your child has a knack for drawing, have him/her do some artwork with monsters whose attributes correspond with number sentences you give them. For instance, watch them come up with 8 monsters with 5 legs each after you write down 8 x 5, or 6 three-eyed monsters in response to 6 x 3. It’s a fun way to learn multiplication and it helps with their creativity too!

You can also sharpen the visualization skills—in relation to the multiplication process—of your child through stories, preferably ones from real life. Tell your child a story about looking for a seat inside a packed theater. As you walked up the stairs, you could see the first to fifth rows already filled with 10 people for every row. Upon reaching the 6th row, you found one vacant seat and you hurriedly filled it. Have the child write the number sentence down, which should be 6 x 10, and have him/her answer it.

Eleven to 12-year-old kids are expected to have a certain degree of accuracy when it comes to their times tables. At this age, performing operations that involve multiplying three and four digit numbers by one digit should be fairly routine. Multiplying 3 digits by two digits or long multiplication should be routine as well. This makes them ready to take on the task of solving more complex word problems and writing algorithms.

At this stage, there is a possibility that your child will have a hard time with multiplication problems, especially when much of their practice focused on rote learning their times tables. You may need a new approach, like revising number facts. Teach them how to attack problems for example strategies such as ‘14 × 6 is 10 sixes plus 4 sixes’ or something along those lines.

When applying what they know of multiplication, it would be great if kids could easily visualize the possibilities involved in any given multiplication problem. Tree diagrams are a great way of helping them do just that. Let’s say you tell your child that he/she could order a sandwich at school and have choices like ham, chicken, salad or cheese for filling. Ask your child how many different combinations could she have given those choices.

Of course, your child should be exposed at this stage to word problems. If possible, use real life context in giving your child such word problems. Ah example problem: “there are 31 kids in your class, and there are 3 classes per grade. There’s going to be a field trip, and it will cost each student $25. If only 59 kids pay up, how much money will be collected? More complex problems like this one will underscore which part of the multiplication process your child is having a hard time with.

When the concepts are well understood, have them rehearse their math facts using MathRider, so that the dull repetitiveness of learning your multiplication tables by heart is removed and becomes a more rewarding experience.

10 Quick Ideas to Connect More Deeply With Your Children