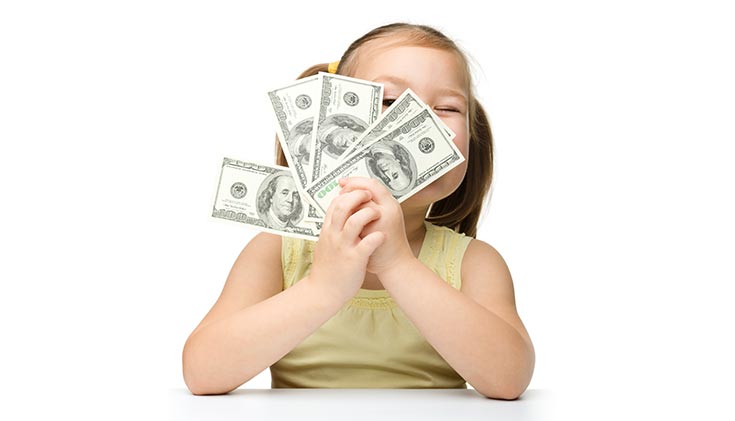 We want our kids to live a happy life, now and when they become adults. However, in a world as materialistic as this one we live in, we couldn’t help but worry that they might equate happiness with having money as they grow up. In many cases, kids already think that way. Then again, how children view happiness largely depends on the way they were raised. If you spoil them and give them whatever material stuff they want, they are likely to grow up believing money can make you happy. The funny thing is, can money really make us happy? If the findings of a recent study are to be believed, money can indeed make you happy, that is, if you spend it on therapy.

Therapy more effective than money in making you happy

For one, after taking a closer look at thousands of people who have started seeing a mental health professional and comparing them with people whose earnings have increased, the study learned that therapy was 32 times as cost effective as money in making you happier. There’s also the finding that people who spend $1,300 on therapy have to get a $42,000 pay increase to get the same increase in happiness.

If we go by the study’s findings, money may bring you happiness, but not as much happiness as actually taking care of your mental health. And if the findings of the study were to be treated as a norm, employers who would want their employees to be happy would probably give out sessions with a therapist—not money or any material incentives—as bonuses.

Money does not guarantee happiness

The point here is that money is not the end-all and be-all of happiness. Sure, it can make you happy in the sense that you’ll be able to pay your bills, buy the things you need, and in most cases, the things you want. However, having money is not a guarantee that you will, indeed, be happy. The concept of a “poor little rich boy/girl” wouldn’t exist if that were true.

That said, it’s absolutely important that we impress upon our children that earning loads of money, while great, will never assure them of happiness. They will need to find their purpose and live it to be happy and fulfilled. Or they can just go to therapy, assuming they can earn enough money when they become adults to afford it.

How To Raise a Happy Child – 7 Essential Tips

How To Spend An Amazing Weekend With Your Child