The Millennials Are Top Internet Users 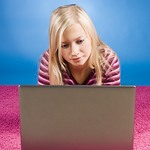 The Internet has been around for quite some time, although it was only during the 1990s that it made a revolutionary impact on culture and commerce. From a handful of people having access to it in the 1980s, billions of people around the world can now tap into the most massive computer network there ever was. Needless to say, people from all walks of life make good use of the Internet today.

From Baby Boomers to Gen-Xers to Millennials, the Internet is an indispensable tool to the point where it makes life without it unimaginable. While the aforementioned generations all have Internet savvy, a new study has revealed that the Millennials—people born during the mid-to-late 1980s to the late 1990s—are the world’s top Internet users.

Only 79% of Baby Boomers, to which people who were born from roughly 1946 to 1964 belong, use the Internet. More members of Generation X—which those born in the early to mid-1960s to the early 1980 are part of—use the Internet, at 87%. However, both generations are overshadowed by the Millennials, the world’s top Internet users, with a whopping 90%.

Use of social media

More Millennials also use the Internet as their main source of news, with 59% relying on online updates about what’s happening in the world. Following closely behind are those from Generation X at 53%. Only 30% of Baby Boomers use the Internet as a main news source.

Based on the statistics mentioned above, the Millennials are hands-down today’s top Internet users, and we’re not just talking about going online and checking out content, playing games or downloading stuff. From the looks of things, the world’s top Internet users are also shaping Internet content right now. Being the more connected of the three generations, Millennials are creating online content by the boatload, and it wouldn’t be surprising if more than half of the content you now see on the net was churned out by teenagers. Consider this: compared to Baby Boomers and Gen-Xers, Millennials are way ahead in posting videos of themselves online. About 20% of Millennials have done that, while boomers and Gen-Xers have never even gotten to double figures at 2% and 6%, respectively.

Considering these figures, it is important for teachers to understand that the students in their classes right now are currently the undisputed royalty of the Internet, and that these young kings and queens will continue to dominate the online world for years to come. Today, they already are creating online content faster and in bigger volumes than the other generations. By tomorrow, they will be the ones overseeing the web and deciding its future.

How To Deal With Cyberbullying
Click here for more details