How Math Creates Our Movies 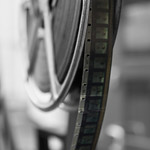 Over the decades, we have enjoyed computer-generated effects-laden movies, from the sci-fi majesty of the entire “Star Wars” franchise to the scary realism of a small comet hitting the Atlantic Ocean in “Deep Impact”. We enjoy them so much for how realistic they are that sometimes, we forget the kind of hard work that goes into every single frame. Consequently, we also fail to realize how math creates our movies.

Just imagine the amount of mathematical work required just to make the hair of an animated character look lifelike or to keep Superman’s hair in place even as he flies through the air like a speeding bullet. Without a doubt, math creates our movies, and it’s high time we recognize that.

Computer-generated effects are grounded in math

Ultimately, any given movie’s computer-generated effects are grounded in math. Any physical phenomenon and its interactions that need to be created onscreen, it is mathematics that provides the language to express them often through partial differential equations. Since these said equations are often too complex to get an exact solution, algorithms and numerical methods were developed then run through computers to get solutions that approximate what is needed to be shown onscreen. With the help of ever-evolving computer equipment and technology, doing the math for creating, say, a tsunami higher than the tallest skyscrapers of Manhattan has become so much easier.

To simulate fire, water, smoke and other phenomena, filmmakers make use of tools provided by the area of computational fluid dynamics or CFD. The application of faster algorithms for CFD, coupled with faster computer hardware, has made special effects shots even more believable and realistic.

Moviemaking has so much mathematics in it that it actually provides a new career option for math wizards. If you’re good with the Y’s and X’s and you want to combine your math skills with the art of moviemaking, know that the film industry can surely use a person like you.

8 Videos That Prove Math Is Awesome

Why We Need The Math Police – Or Do We?