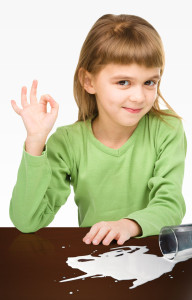 The title of this post may sound weird, knowing that no one likes to fail. Or so we thought. In an article written by Belle Beth Cooper for Buffer, she elaborates on the fact that highly successful people actually crave mistakes.

The science of failure

Cooper starts by exploring what she calls “the science of failure”. She says we tend to not take credit for our failures the way we do when we succeed. More often than not, we also become less generous and helpful to other people when we experience failure. Cooper also goes to the extent that we, as human beings, seem to literally unable to admit that we’re wrong. She quotes a book written by Kathryn Schulz, which goes a little something like:

“… the sentence ‘I am wrong’ describes a logical impossibility. As soon as we know that we are wrong, we aren’t wrong anymore, since to recognize a belief as false is to stop believing it. Thus we can only say ‘I was wrong.’”

Coincidentally, Schulz is one of the highly successful people who crave mistakes that Cooper was referring to in her article. Spanx founder Sara Blakely was also featured, and she credits her positive attitude towards failure to her father who encouraged her and her brother to fail, and to never be afraid of it.

What takes the cake, however, is the attitude of Dilbert creator Scott Adams towards failure. He actually considers failure as a “resource that can be managed.” That kind of positive attitude towards failure is simply amazing. Parents like us could actually follow his example, and teach this kind of attitude to our children. We have to let them know that mistakes are but natural, and that we can all learn from our mistakes, recover and succeed later on.