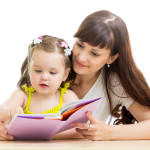 We all have heard about reading good books being good for the brain, but a study conducted by Gregory Burns of Emory University has just provided mankind with neurobiological proof that reading a novel actually produces physical changes in the brain itself.

Physical changes in the brain

According to an article written by Brian Dodson for Gizmag, reading a book can create physical changes in the brain, and those actual changes can linger there for days. The team led by Burns used functional magnetic resonance imaging (fMRI) in the course of the study, which was published in the journal Brain Connectivity.

The study lasted for 19 days, with 21 Emory undergraduates as subjects. They were made to read “Pompeii,” a 2003 thriller written by Robert Harris. Each morning of the first five days, the subjects had base-line fMRI scans of their brains done in a resting state. Over a nine-day period, they were made to read sections of the novel, nine sections of it to be exact. When they were done with the assigned reading, the participants came in for an fMRI scan of their brain at rest. Upon finishing the novel they the participants returned for five more mornings for additional fMRI scans that will monitor any changes observed throughout the entire experiment.

The results of the morning scans showed heightened connectivity in the left temporal cortex, which is associated with receptivity for language. The same results were seen in the central sulcus, the brain’s primary sensory motor region.

“The neural changes that we found associated with physical sensation and movement systems suggest that reading a novel can transport you into the body of the protagonist,” Berns says. “We already knew that good stories can put you in someone else’s shoes in a figurative sense. Now we’re seeing that something may also be happening biologically.”

I knew there was something to my being obsessed during my younger years with the character of John Clark from the Tom Clancy novels.