Focus on Hopes and Dreams, Not The Failures 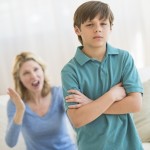 Are you one of those parents who criticize their children when they fail to win anything at a competition or come home with a lower grade? If you are, then you might want to rethink that. If an article written by Daniel Goleman for Harvard Business Review is to be believed, the human brain is naturally wired to react according to how disappointments are dealt with.

Talking about hopes and dreams opens up possibilities

Goleman mentions his book, Focus, The Hidden Driver of Excellence, in which he quotes his old friend Richard Boyatzis, a professor at the Weatherhead School of Management at Case Western, as saying that the brain reacts differently when you focus on hopes and dreams instead of failings.

He says that when you tell someone what’s wrong with them and what they should fix, that person’s brain goes on the defensive and shuts him down, essentially reducing his chances for rescue or improvement. In contrast, when you ask that person a question like, “If everything worked out perfectly in your life, what would you be doing in ten years?”, it opens up a lot of fresh possibilities and makes them focus on improving themselves.

Balance the positive and the negative

That, however, doesn’t mean we shouldn’t ever touch on the negatives. As Goleman quotes Boyatzis as saying, “You need the negative focus to survive, but a positive one to thrive. You need both, but in the right ratio.”

The article is geared more towards how managers or coaches should deal with the people they are handling to coax better results out of them, but it can also be applied to how we motivate our children to improve themselves at school or elsewhere. Let’s focus on the positive, but let’s touch on what went wrong as well.

Three Things To Never Say To Your Children