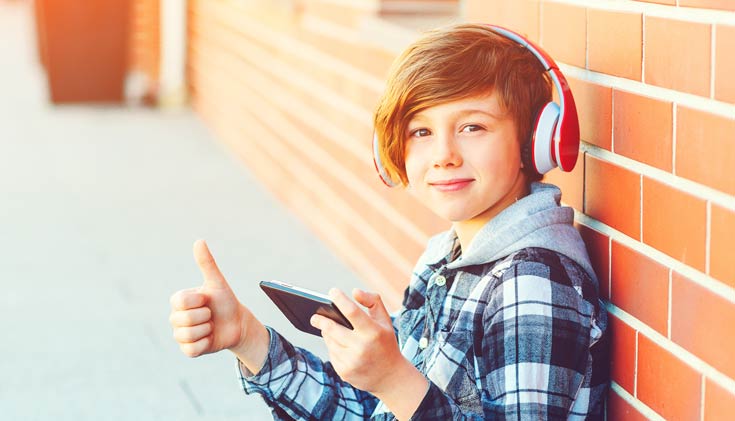 It’s a question that’s baffled parents and educators alike: what effects do video games have on child development?

Parents frown upon video games because they are a huge drain on time. Meanwhile, education experts think that video games also corrupt the brain. Even the media blames violent video games for nurturing violent and antisocial behavior in children.

However, many scientists and psychologists believe that video games have many benefits – one of which is that they make children smarter.

Looking closely, video games can offer high-level thinking skills that children can use in the future.

So just how good/bad are video games for your children? Here’s what psychologists and other researchers have to say:

Despite what many parents might think, not all video games are detrimental to child development. Many modern games serve as interactive forms of education to children. They help teach kids about real world skills that they can use later in life. 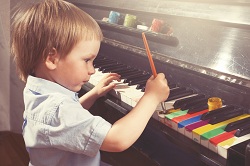 Games like “Legend of Zelda” provide children the opportunity to think creatively as challenges come up. Link, the game’s main character, searches, navigates, plans, and tries different approaches to advance through the game.  Some recent games like “Bakugan: Defenders of the Core” also involve planning and present opportunities for problem-solving.

“Minecraft,” a very popular open-world game that looks like something made out of Lego, makes do with Modding — the process in which players customize their character’s appearance. It also allows them to develop new levels or worlds. Modding gives players a deeper understanding of how the game is structured and thus, it gives children an avenue for better creative self-expression.

2. Teaches kids about history and culture

You have certain games that are centered on real-life historical events, such as:

To quote something from researchers David Shaffer and James Gee:

“When children have parents who help turn Age of Mythology into an island of expertise, tying it to books, Internet sites, museums, and media about mythology, cultures, and geography, the children pick up a wide range of complex language, content and connections that serve as preparation for future learning of a highly complex and deep sort.”

These games also allow children to design and exchange custom maps and other content, developing their creative and technical skills. 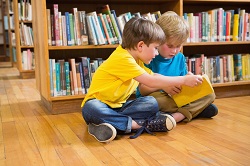 Research shows that young boys point to games as a frequent focus of conversation among peers.

One research also shows that children with mild learning disabilities were likely to play video games as a way to make new friends.

The ability of children to make new friends through gaming carries over to their teenage years. In a report by the Pew Research Centre, more than half of teens made friends online. About a third of these people said they met their new friends while playing video games.

It’s quite normal and healthy for children, especially boys, to compete with their peers to lobby for status and recognition.

Surveys and focus group studies with young teens show that the most popular reason for playing video games was, “I like to compete with other people and win” – again, especially for boys.

Video games are a safe haven to express competitive urges and give children who aren’t good at sports to excel at something else. 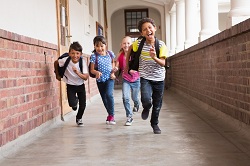 When children play in groups, they take turns leading and following, depending on who has the skills needed for that game.

Online multiplayer games also expose children to other children of different ages and nationalities. It gives them a chance to participate in a mixed-age group.

6. Motivates children to teach others

In one study, one-third of children said they played video games in part because they liked to teach others to play. One boy’s dad revealed during the research that most of the interactions his son has had with his buddies are about solving situations within a game. It’s all about how you go from point A to point B, collect certain things, and combine the different elements of the game to succeed.

Video games can also help improve children’s memory even when they no longer play them. New research from the Universitat Oberta de Catalunya suggests that playing video games facilitates cognitive changes in the brain.

The study featured 27 adults with and without any kind of experience playing video games. Those who were avid gamers before adolescence, despite no longer playing, performed better at memory tasks. The tasks required participants to mentally hold and manipulate information to get a result.

On the other hand, participants who never had experience playing video games as a child didn’t show any similar benefits. They had a harder time in performing their memory tasks than those who played video games as children.

People who played games as children also performed better at processing 3D objects at the start of the experiments. However, this advantage was later mitigated after the participants finished training in video gaming. At that point, both groups showed similar levels of performance.

You can find out more about the results of the study here.

Video games can also have a negative effect on a child’s development. Particularly in aspects of violence, anti-social tendencies and behaviors, and increased aggressive thoughts and feelings. 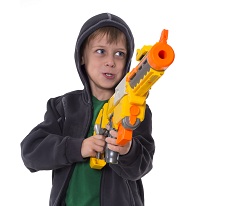 In a study by Anderson & Bushman, those who watch a lot of simulated violence, like those in video games, can become immune to it and are more inclined to act violently themselves.

The APA or American Psychological Association also conclude that there’s a consistent correlation between violent game use and aggression. But they find insufficient evidence to link violent video play to criminal violence.

One researcher named Henry Jenkins from the Massachusetts Institute of Technology points out games like Mortal Kombat, Doom, Grand Theft Auto, and Death Race and their popularity coincide with the decreased rate of juvenile crime. He concludes that teenage players are able to leave the emotional effects of the game behind when the game is over.

There are cases of violent teenagers who commit violent crimes and spend great amounts of time playing video games, like those involved in the Columbine and Newport shootings.

The worsening effects of video game violence in children are due to the game’s interactive nature. Most games reward children for being more violent and thus the act of violence is done repeatedly. The child is in control of the violence, like shooting, kicking, stabbing, punching, and kicking.

This active participation, combined with repetition and rewards, are effective tools for learning behaviors.

Too much time playing video games can make children socially isolated. They may spend less time on other activities like homework, reading, sports, and even interaction with the family.

However, researchers at the North Carolina State University, New York, and University of Ontario Institute of Technology found that gamers don’t replace their offline social lives with online game playing, but rather expand them. Amongst gamers, being a loner is not the norm.

3. Discourages children to do well in school 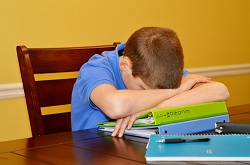 Studies show that the more time a child spends playing video games, the poorer his or her performance in school.

One study done by Argosy University’s Minnesota School on Professional Psychology found that video game addicts score lower grades. They also spend a lot of time acting out destructive behaviors such as arguing with their teachers and fighting.

Other studies point out that there are those who skip doing homework to play video games. Some students even admit that their video game habits affect their performance in school.

What to do to prevent the negative effects of video games on child development?

1. Be more involved in your child’s playing habits

As parents, it’s a good idea to be involved in your children’s playing habits. Though you don’t necessarily have to play with them, you just need to be aware of what’s happening every time they log on.

Nine out of 10 parents said they always or sometimes know what games their children play, according to Pew Research. Meanwhile, 72% said they check the ratings on the video games before they let them play.

Some parents also know when to intervene in their child’s gaming. Nearly half (46%) said they always or sometimes stop their kids from playing a game.

Others parents also join in on their children’s fun. About 31% of them said they always or sometimes play video games with kids.

Video games can open your child up to the many virtual dangers found online, like cyberbullying and sexual predation. Always ask your children what they are doing from time to time and monitor their interactions online.

Parents need to establish boundaries for children. Otherwise, they can turn playing video games into a very bad habit. Never allow your child to spend hours and hours playing video games, especially if they’re still very young. Help them strike a balance between studying and playing.

Having a hard time motivating your child to study? Check out our 9 sure-fire tips on how you can do it the right way.

I’d like to believe that children are sponges and that it’s easy for them to absorb what they observe around them. Video games, as fun and educational as they are, can be both beneficial and detrimental to your child’s development.

With the latest advancement in gaming consoles, it’s going to be difficult to lead your children away from ever starting the habit of playing. The next best thing you can do as a parent is to be proactive in your child’s activities. Be involved and explore some of the video game worlds together. Being a role model that shows your child how to keep a balance between the virtual and the real world will go a long way.