Effective Ways of Dealing With Grandparents 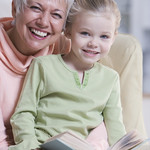 Personally, I consider myself lucky for having grown up with a full set of grandparents on both sides. I was particularly close to my maternal grandmother who spent a lot of time doting on me. Now that I’m a parent myself, history is sort of repeating itself, as my youngest son has a very close relationship with my wife’s mom.

As I’ve experienced myself, many grandparents play favorites. I was my grandma’s little precious, while some of my siblings didn’t get as much attention from her as I did. If you have a parent who obviously favors one of your children over the other, it’s your job to contain it. Talk to the grandparent concerned, and if he or she doesn’t budge, then do whatever you can to give more attention to “neglected” child and make him or her feel more special. That kind of attention doesn’t really have to be from any particular grandparent after all.

This I mean in the literal sense. It sounds clichéd, but grandparents do have a propensity for doling out sweets and other treats to their grandkids for no other reason than indulging them. Like most parents, you’re probably restricting their access to the cookie jar to teach them a lesson in self-discipline, or too much sugar is bad for them. In any case, talk to the concerned grandparent privately and explain calmly and clearly why he or she needs to dial back on the treats. No grandparent would stand in the way of something that would be for the good of his or her favorite grandkid, and will most likely relent.

As a child, my grandma bought me toys—ones I loved to death—which my parents never got around to buying for me. Now I’ve realized how hard that must have been for my own parents, because that would actually make any parent look bad. I know it’s hard, because my wife’s mom is doing the same thing for our son. And the spoiling is not limited to toys because she also gives him money, which we’re really not happy about that because we have set up an allowance system for the purpose of teaching him money management. But after I explained to her what we were trying to do, she backed down and decided to limit her generosity to birthdays or special occasions.

If there are grandparents who are overly generous with their time and attention when it comes to their grandchildren, there are some who barely spend any quality time with their grandkids. There are those who promise to take the kids out only to cancel at the last minute. Some promise to visit but when they do, they don’t stay long enough for some bonding time.

What’s worrying about this is that kids could get hurt by cancellations or hurried visits, understanding them to mean that their grandpa’s other commitments are more important than they are. I’m fortunate than none of my children’s grandparents are like this. But if you’re in this kind of situation, perhaps a little subtle reminder to the grandparent would do the trick. If dealing with grandparents this way doesn’t work, then you have to actively take measures to spare your kids from further frustration and hurt. For example, if their grandma calls ahead and says she’ll be spending the weekend with them, keep it from your children until the last minute, when grandma confirms the commitment.

Whatever your idea for proper grandparent behavior is, you have no right to impose it upon them. As long as they’re not teaching your kids how to gamble or drink, or behaving in any way that could be construed as rude, indecent or immoral, you should just let your children decide how they feel about their grandparents’ behavior.

Some grandparents just could not help themselves and proceed to interfere in the parenting decisions of their children. It is not unheard of for grandpas to advocate corporal punishment when disciplining kids or for grandmas to defend their grandchildren who are getting a proper punishment for bad behavior. This is one aspect of parenting that you need to be very clear on. In a calm manner, tell the meddlesome grandparents concerned that you know how much they care and that you value their love, but you would prefer it if they just leave the parenting decisions to you, the kids’ parents. To let them know how much you value their input, tell them that you will ask for their help when you need it.

When doing all these, always remember that you are not doing this just to make your life easier. Dealing with grandparents the right way is also beneficial to your own children. With the harmony that results from dealing with grandparents effectively, you are essentially giving your kids and your parents the chance to develop their own close-knit relationship that will last their entire lives.

8 Simple But Effective Ways for Children to Practice Math Everyday

When To Seek Help

Are Our Kids Overreacting or Misbehaving?
Click here for more details