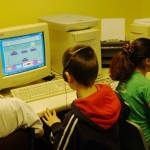 Despite the budget cuts in schools all over the world, global spending on education technology increased by 11% from 2012, according to a recent market study.

Conducted by Futuresource Consulting, the study reveals that global spending on education technology within classrooms reached a high of $13 billion, even with all the budget cuts implemented on other areas of education. Some 62% of that $13 billion was spent on laptops, tablets and notebooks.

Emerging with a significant share of the education technology market is Google’s Chromebook, which accounted for more than 20% of notebook sales as well as 8% of all tablet and computer sales.

Excellence Shouldn’t Be The Only Goal of Education