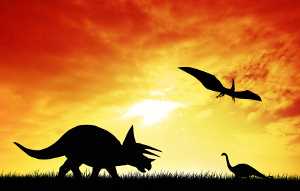 You wouldn’t expect that mathematics would perform such a vital function in the field of palaeontology, but mathematics just contributed greatly to the reclassification of a dinosaur bone found in Australia belonging to a dinosaur family that scientists previously thought never roamed the Southern Hemisphere.

According to a Science Daily report, Professor Robert Sinclair, a member of the team that recently published a paper in Alcheringa: An Australasian Journal of Palaeontology, analysed three different types mathematical data, and the results finally convinced certain palaeontologists that a dinosaur bone found in southern Australia belonged to the Ceratopsia family, and not a new species as initially declared by its discoverers.

This bit of news is yet another example of effectively using mathematics in the real world, and in a world that children typically are fond of, no less. We loved dinosaurs as kids, and your kids probably feel the same too. As Prof. Sinclair has proven, mathematics and dinosaurs do go together.

A Quick Way to Remember the 13 Times Table