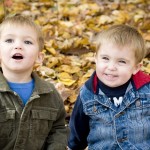 We parents want our kids to be happy not only during their childhood, but all throughout their lives. We want them to grow up to be well-adjusted and happy adults more than anything else. More often than not, many among us equate having a great career or business with happiness in adulthood. To that end we encourage our children to do well in school and achieve academically so they can get a leg up on everyone else as they grow up.

A 2012 study, however, declares that achieving adult well-being is less about academic achievement than forging positive social relationships in childhood.

Conducted by Associate Professor Craig Olsson from Deakin University and the Murdoch Children’s Research Institute in Australia, and his colleagues, the study had 804 New Zealanders as participants, all of whom were followed for 32 years by the researchers from childhood through adulthood. The goal: to find the relative importance of social and academic pathways to adult well-being.

Published in the Journal of Happiness Studies, the study also sought to measure social connectedness by asking questions that aim to show how strong their feelings of attachment to others are as well as their participating in activities like sports and youth-driven groups. Academic achievement of the participants was also measured.

While this shows that academic success still plays a role in helping a child grow up to be a happy adult, the study shows that being more socially connected is still a much more significant factor in predicting happiness as adults, particularly when the participants have reached the ages of 15 or 18 and have become really active in sports activities, more outgoing, engaged in a number of hobbies, independent and kind. According to the authors of the study, the “direct effect of adolescent achievement on well-being was smaller.”

Academic achievement not a strong predictor of happiness

Then again, even though the authors of the study declare that academic success does not predict happiness as strongly as social connections and relationships, they still found evidence academic achievement can build social connectedness, which is probably why in the end, participants who achieved academic success and are more socially connected turned out to be happier adults.

What we’re trying to spell out here is that parents and teachers still need to encourage and develop the academic skills of children, but it shouldn’t be the sole focus. If anything, families and schools should also nurture the social skills of these kids. The authors of the study say that a fine way to do that would be for schools to come up with some sort a “social curriculum” that contains programs and activities meant to boost the social inclusion and connection of our children.

We parents, on the other hand, can help in this regard by encouraging our kids to go out and make friends, join sports teams in school or join clubs that would interest them. That way, they’ll become more socially connected. Couple that with doing well in school, and we’ll be helping set the stage for a happier adulthood.

Why Childhood Is Crucial To How Your Child Will Age

Why Rushing Your Kids Through Childhood Is A Bad Idea