Is Your Irritable Child Really Bipolar? 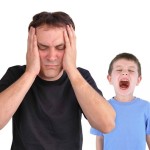 An irritable child will exhibit bouts of moody behavior, no exceptions. Temper tantrums and talking back to parents or teachers are very much expected. Some children will appear to be more irritable than others though, to the point where it leads parents to worry about their mental health, and mental health professionals to diagnose them with bipolar disorder. This however, should not really be the case, says Stuart L. Kaplan, M.D. in an article for PsychologyToday.

The thing with children and temper tantrums

This point of view, however, has already been rejected by the National Institute of Mental Health as well as the DSM-5 Children’s Committee, says Dr. Kaplan. To better diagnose children who are chronically irritable, the DSM-5 Children’s Committee came up with Disruptive Mood Dysregulation Disorder (DMDD), under which children who have a minimum of three temper tantrums per week with a persistently angry or irritable mood between the temper outbursts are categorized.

Personally, I think that if you have a chronically irritable child and some doctor diagnoses him or her to have bipolar disorder, always get a second opinion. And please, no pharmacological agents, not for someone so young.

Is It OK To Spank A Misbehaving Child Once In A While?

Keeping Your Temper In Check When Your Child Misbehaves

Should I Allow my Child to Use Social Media?
Click here for more details