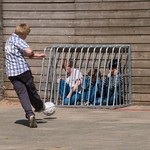 Awareness about bullying is perhaps at its highest these days, but the word “bullying” itself still isn’t defined clearly, leading to the misuse and abuse of the word by many.

Muhammad Nadeem talks more about this in an article for EducationNews.

More precise use of the word bullying

According to Nadeem, researchers are now urging that a more precise use of the word bullying. He quotes Jamie Gumbrecht of CNN News as saying that the word has been used around a little too casually the last few years. I myself can say that it’s really true that these days, even the usual and very normal teasing and fighting in schools have already been classified as bullying, even when the situation doesn’t really fit the strict definition of the word.

Adding more to the confusion is the fact that bullying laws vary from state to state, and any bullying case is handled very differently around the country. Nadeem makes an example of the bullying laws of New Hampshire, where bullying can be an act that occurs only once. That goes against the widely-accepted definition of bullying by educators and social scientists, which says bullying is an “intentional, repetitive abuse by a powerful person toward a less powerful target.”

Now, with the word “cyberbullying” entering the lexicon, more complicated and confusing definitions of what actually constitutes bullying arise, and that could make it harder for educators and parents to more effectively deal with.

I agree with the call for a more precise use of the word bullying. When I was in school, practical jokes or pranks flew liberally there, but nobody complained of bullying because they were fun and actually entertained people. With the current uncertain mindset school administrators have today about what constitutes bullying, practical jokers could get accused of bullying and get severely punished for it. And that is something I believe could really be unfair.

How do you deal with the idea of bullying in your family?

Researchers Say The Word “Bullying” May Be A Problem In Itself