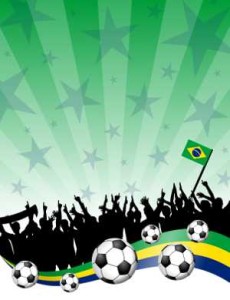 For a site that has been putting a lot of emphasis on the importance of education, hearing news about the kind of money Brazil is spending on the recently-opened FIFA World Cup can be quite disappointing. According to Education News, Brazil is spending almost as much on World Cup-related upgrades and facelifts as it does on its public educational system.

You see, it’s galling enough for a country considered as one of the poorest in the world to spend Brazilian Real (R) $25.6 billion or $11.5 billion USD to host the World Cup. What makes it worse is that the figure represents more than sixty percent of the country’s R$44.2 billion budget for education in 2014. It just gives off the impression that improving sports stadiums and airports take precedence over the construction of school buildings, or better salaries for teachers.

We understand how crazy the entire nation is for football, but education should always be more important than any sporting event that only happens every four years.