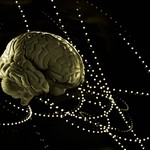 The market is flooded by brain training games that are being sold as capable of improving our overall intelligence and brain function. These games, which form part of a trillion-dollar industry, revolve around testing our memory, attention and other brain processing to improve our cognitive abilities.

The question is, are they really effective? According to an article written by Christie Nicholson for SmartPlanet, they aren’t.

In the article, Nicholson conducts an interview with David Z. Hambrick, associate professor of psychology at Michigan State University, who along with two other colleagues have conducted a soon-to-be-published study that disproves the study that has been serving as the foundation of the brain training games industry.

Hambrick says his team tried to replicate the results of a 2008 study conducted by Susanne Jaeggi and Martin Buschkuehl that claimed an increase in fluid intelligence among its test subjects whom they asked to watch patterns that change across rows or down columns, and make an inference about how those patterns change. The results, however, were far from being the same. At the end of their study, Hambrick says they found nothing that would corroborate the results of the Jaeggi study, which claimed that fluid intelligence, which he defines as “the ability to solve novel problems and adapt to new situations”, can be improved.

For memory training involving any given subject, repeated retrieval of learnt material is always the key. It’s also important to have your child learn in real-world situations. Let them live mostly in the real world, and they’ll be able to learn stuff much better than they ever could with just brain training games.