Is Your Child Worth $100 Million? – The True Value of Your Children 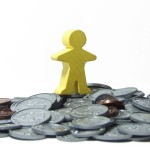 If someone approached you and offered to buy your child, would you agree to that? Of course not. Giving your kids up for money is disgusting, plain and simple. But what if that someone says you’ll be a hundred million dollars richer if you say yes? Would you do it? Or would the true value of your children be more than anything anyone can offer, and that you would treat them as such?

In a recent article on LinkedIn, Michael Lazerow discusses the possibilities that come with such an offer and poignantly points out things that would put into focus how we as parents value our children and whether we actually treat them accordingly. Find out what he has to say.

Lazerow starts by enumerating the day-to-day realities that parents have to deal with, from the expenses involved in raising kids to the usual childish behavior that they have to put up with. What parent would not want to make the stress of raising kids disappear and make a cool hundred million dollars at the same time? Apparently, that kind of parent does not exist, if the survey conducted by the author among his friends with kids is any indication.

So if you, the parent, would never agree to this kind of deal, does that mean you’re valuing your children at more than a hundred million dollars? Of course you do. You’d probably even say that no amount would ever be at par with the true value of your children. The question is, do you actually act that way, like your kids are the biggest treasures you have in life? Do you make an effort to give full and undivided attention to children in your household? In his article, Lazerow says that few do that, and I’m inclined to agree.

Full and undivided attention to children

The point that Lazerow is trying to make is that if you really believe that valuing your children should go way beyond anything anyone can offer, you need to do stuff that would show that you really know the true value of your children. Show up at their recitals or baseball games. Play or interact with them instead of just sitting in front of the TV. A simple way of showing how much you’re valuing your children is to be home for dinner and eat with them as consistently as you can.

Simply put, what you need to do to show that you are, indeed, valuing your children beyond any price is to always be there for them. Understandably though, giving full and undivided attention to children would not be an easy thing to do. We, after all, have our careers or businesses to spend a lot of our time on, and therein lies the rub. How exactly are you going to balance your livelihood and your family life, both of which are equally important? How do you give full and undivided attention to children when you’re swamped with work? Now that’s something to think about.

Why Connecting Is Essential To Educating Children

10 Quick Ideas to Connect More Deeply With Your Children