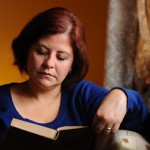 Federal student loans may have helped countless individuals get through college, but many of these loans have become troubled, according to a report by Shavian Nasir pour for the Huffington Post.

Quoting data released by the Department of Education, Nasir pour says there is a rise in the number of troubled federal student loans. According to those figures, many borrowers are finding it hard to repay their student loans on time or as expected, particularly those that have availed of Direct Loans, the most common type of federal student loan there is.

Apart from the increase in troubled student loans, wage growth has also fallen behind the average amount of student debt. The average borrower owed 28 percent more in 2013 than in 2007 after adjusting for inflation. What makes it worse is that for the same period, the weekly income of a typical bachelor’s degree holder with a fulltime job dropped 0.08 percent, according to data from the U.S. Bureau of Labor Statistics. Those with advanced degrees, on the other hand, may have experienced an increase, but at 0.02 percent, it isn’t really much.

This has always been the caveat when it comes to federal student loans. You get through college with those funds, but paying that loan off could really be a problem over the years. Maybe federal student loans are not really the safest way to borrow for college, as they have long been touted to be.

To read the report in full and see the charts it’s based on, click here.