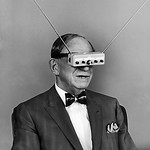 We all love predicting the future. Just think of it as being in the shoes of people from the late 19th century who imagined that people can fly through the air or even to outer space within the next few decades or so. Although we’re living in an era where all sorts of scientific and technological advancements and political and economic shifts seem possible, predicting the future is still an enjoyable pastime, with all the possibilities and the likelihoods that the next century or so will bring.

The BBC joins in on the fun of predicting the future with a very interesting infographic—created with the help of thinkers, scientists and pundits—that it touts as a guide to the next 150 years.

Interesting way of predicting the future

The BBC guide to the next 150 years between “Most Likely” and “Least Likely”, along with odds of any of those things mentioned happening. Some of the choices are quite interesting. For instance, it says that doctors will likely start prescribing medical apps to their patients in 2013, but the odds of that happening are 1: 120. In contrast, it puts the prediction that China will overtake the United States in the field of scientific research under least likely, but the odds of that happening are pegged at 8:1.

Some predictions indicated in the BBC guide to the next 150 years are too far out for someone from this century, such as the land around Chernobyl being free enough from radiation to be converted into a national park in 2039 or that all the contents of your brain can be uploaded to a computer by 2045. Such technological advancements may be possible within three centuries, not decades. But hey, that’s what makes predicting the future a lot of fun. The only limit is your imagination.

Aside from those previously mentioned, the most amazing predictions for our future, include:

For more mind-blowing predictions for our future, check out the full BBC infographic here.

Ten hot jobs of the future for your children