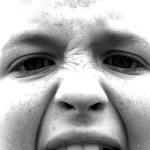 There was a time when the phrase “kids being kids” actually held some meaning. These days, however, any child showing signs of hyperactive behaviour—which practically all of us have exhibited when we were younger—are automatically diagnosed as having ADHD. Richard C. Saul, M.D., however, questions the existence of the condition in an article for Psychology Today.

ADHD is too easily diagnosed by doctors

The one thing that Dr. Saul is so concerned about in the article is the number of ADHD cases being diagnosed just because of a few symptoms like impulsivity or being easily distracted. He’s saying that in his 50 years of clinical research, he has determined that more than 20 conditions are responsible for attention-deficit and impulsivity symptoms, and he’s wondering why doctors almost always diagnose as ADHD any of the people showing such symptoms even though it’s quite possible that their conditions are actually something else. The worst part is, these diagnoses, more often than not, automatically come with pharmaceutical prescriptions, and parents are just too relieved to have their kids treated with them.

Dr. Saul also practically calls most doctors who easily diagnose ADHD as lazy, considering that a diagnosis could take as little as 15 minutes, and they are provided the same co-pay. So why spend hours fully determining a patient’s true condition when they could just say a kid manifesting attention-deficit and impulsivity symptoms has ADHD without taking up much of their time and getting paid the same anyway?

ADHD medications on the rise

This article actually reminds of another article that talks about medications being produced by the pharmaceutical industry that border on the ridiculous. I mean, can you imagine medications being sold for people who can’t sleep after drinking coffee? Or drugs for having spiritual issues, or having marital problems? Personally, if you ask me, ADHD is just an excuse for pharmaceutical companies to churn out medications for a condition whose symptoms are indicative of kids just being kids.

For more on ADHD, click here to read the full article.