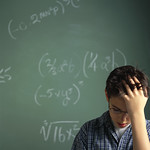 A new study has revealed that negative stereotypes about boys are hampering their academic achievement, ScienceDaily reports.

Conducted by the University of Kent and published in the journal Child Development, the study has found out that children think boys are academically inferior to girls . Worse, they also tend to think that adults hold the same negative stereotypes against boys.

On the other hand, the study, which was done with primarily white children in Britain as subjects, also discovered that being told boys and girls were expected to do equally well tends to improve academic performance in boys.