6 Tips to Help You Avoid Raising a Spoiled Brat 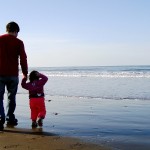 We have met our share of spoiled and entitled children, and I’m sure many among us think they are bad kids for acting that way. However, it should be made clear that children who lack common courtesy, who take material possessions for granted, who throw tantrums when they don’t get what they want or are simply inconsiderate of other people’s feelings are not really bad kids. It’s just that they lack the proper guidance from parents, or that they haven’t been provided with an environment at home that can help instill positive character traits.

If you’re worried that you child is starting to show signs of being a spoiled and entitled brat, always keep in mind that they can still be turned around. Here are some tips to help you avoid raising a spoiled brat.

1. Be their role model

Remember that most of the things children learn about manners, respect, responsibility, the value of hard work and empathy come from adults. And we’re not just talking about talking about these values with them. You have to be the example that they can follow, because kids learn more from what you do than what you say. By living the values we want to instill in our children, you can show them the kind of behavior they should incorporate into their own lives.

Setting up rules at home that they have to follow is a good way to instill discipline in children. And when they do misbehave and break any of those rules, don’t just let them pass. If you let whatever they have done slip by, you will only be teaching them that they can actually do whatever they want, without any consequences. Follow through with consequences, and your child will learn to be responsible, among many other things.

3. Make them do chores

By getting your child to do chores around the house, you are teaching them responsibility and the concept of contribution to whatever needs to be done at home. You are also telling your child that he’s a part of the team, that those chores are his way of sharing the burdens that everyone in the family carries. Age should not be an issue when you’re doing this. Even if the effort is token at best, the value of working to help others in the team will still be deeply ingrained in the child.

Empathy is one of the most important skills that you have to cultivate in a child if you don’t want him becoming one of those spoiled and entitled brats. By helping your child develop skills in connecting with other people, you are in effect teaching him how to put himself in their shoes. Have them play with other children, tell them inspiring stories and do whatever you can to make them see things from the perspective of other human beings.

5. Make them work harder for extra stuff they want

If you really don’t want to raise a spoiled child, don’t buy him things that he demands of you. At least not right away. Take this as an opportunity to teach him about responsibility and the value of hard work so we could get the things that we want. Implement a reward system, where he will only get what he’s asking for if he gets consistently good grades at school or consistently does his chores. They will also be able to develop a strong sense of accomplishment this way.

6. Make them know that life is far from perfect

If you really love your children, do not spoil them. Hopefully, the tips above can help you do just that.

How to Avoid Raising A Spoiled Child